Methods to assure the success of a start-up project


The crucial step that some entrepreneurs and many project groups in great companies forget: Testing the market

Symbol of success as well as symbol of failure, start-ups have inflamed passions in the economic world for 20 years. The rumor says that 9 start-ups out of 10 are condemned to fail. Whatever the truthness of this statement, projects that do not succeed are numerous, it is undeniable. Anyone can see it, whether it's around us or in services we've been interested in and that, from one day to the next, have disappeared leaving behind some fossils of forgotten Facebook pages or other mentions on resume's former trainees.


What can we learn from the main causes of startup failures

A study of CB Insights tries to explain it.

Fortune's Article on this study

It is possible to observe some causes related to the business environment such as competitive intensity, legal barriers or an inappropriate geographical location. Other causes are more related to human nature, low motivation, burn-outs or conflicts between co-founders. Other explanations are more traditional: lack of resources, lack of marketing or financial issues.

But the most surprising fact in this study is the first cause of failure, namely the absence of market need. In other words, starting a company without a market. This reason is by far the most common one among the start-ups that went bankrupt.

Product failures have existed from the invention of the market economy, like Ford Edsel to Google Glass, many large companies have experienced the launch of a product without sparking of much interest.

Some say that start-ups do not have the means of giants and they can’t afford great market studies to validate their offers. And yet, start-ups have variety of ways to test their offers that any 80's marketer would envy.

Testing a product without product

Regardless of the nature and form of its offer, there is probably a way to test its market viability.

Creating a Facebook page where you can order a delivery by messenger would be entirely sufficient.


A high-tech product for the general public?

Launching a Kickstarter campaign to see if people are willing to pay for this product.

Why not first create a Facebook group to check if this community has something to say to each other?


A new brand of clothing?

There are lots of marketplaces and blogs to verify the attractiveness.

Writing an article for a specialized media and collecting the feedback.

The cloud giant with 500 million users is a model success in terms of launch. Initially, Drew Houston (CEO) and his few engineers were confronted with many obstacles that can be experienced by technology start-ups: low financial resources, lack of visibility, lack of understanding of the offer ... After a presentation tour with investors in Silicon Valley, which resulted in numerous objections and funding refusals, the young company was keen to submit a first testable version to prove the value of their solution. Given the complexity of developing a solution that is compatible with all machines and bug-free, the Dropbox team had to consider a way to test their offer in a simple way. It is often said that when we are constraint then we are most creative, this statement seems to have a clear place in the world of start-ups. Thus, rather than developing an expensive prototype that could generate many bad feedbacks related to "small" bugs, they invented the most feasible POC (Proof Of Concept): The video demo.

A simple demo recorded internally on one of their machines, the voice of the CEO in the background, to show what they want to show with the code they have on hand, without risking a crash, but with the possibility for any potential user to project himself into using the service.

Drew Houston confirmed the success, "It drove hundreds of thousands of people to the website. Our beta waiting list went from 5,000 people to 75,000 people literally overnight. It totally blew us away. "

Following the success of the video, Dropbox, self-confident, invested heavily in development to accelerate the project and to be able to launch a first version.


A test market fell from the sky, the anecdote of Airbnb

When the founders of Airbnb lived in San Francisco, they learned that all hotels in the city were full, due to a nearby global event. In order to earn a little money, they published ads on internet offering the possibility of sleeping in their living room. The demand was so great that the market test proved successful even before the idea came to life.
People were willing to pay to stay at strangers homes sleeping on an AirBed with a Breakfast (shortening of these words created the name Airbnb).
All that remained was to develop the platform.


First version of the application 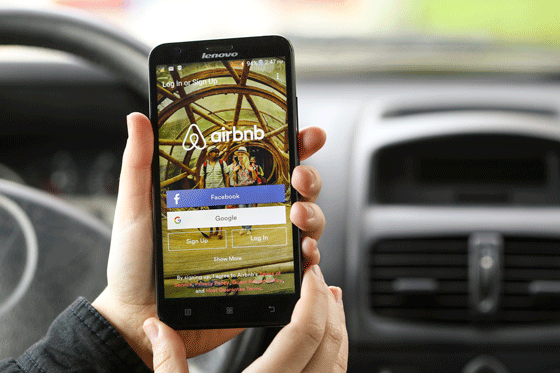 The keystone of all the market tests: the landing page

In order to measure the returns and thus the attractiveness of its offer, it is important to build a landing page, in other words a showcase site, dedicated to the presentation of the offer.

The landing page must oblige the visitor to make an effort To measure the real interest of the visitor, we need to check if he is ready to involve himself. The number of visitors can not validate the potential of an offer. The subscription to a newsletter, the filling of a form, the downloading of a mobile application are involving actions and thus can be used to measure the real appeal for users.


The MVP or Minimum Valuable Product : the minimal version of an usable product

Focus on the essentials


Reid Hoffman, co-founder of LinkedIn says that if we are proud of our product when we launch it, it is already too late. You have to be ashamed of your product during the launch.

The idea is clear, the first version of a platform or a service will never be the final version, the important thing is first to validate the relevance of a simple promise.

Also, the first version must be as minimal as possible to make clear why the service is useful. Creating a MVP is about making choices, and deciding to give up functionalities which appeared "cool", but which will likely create a confusion in the mind of the user who knows neither the usefulness, nor the concept of the service.

The MVP, simplified to the extreme, will be the DNA of the service, its foundations. Starting from this step, all that will come around will be done naturally, either by feedbacks (user feedbacks) or by test & learn (test with analysis of the results at each implementation).

You have to know how to adapt to the way users use their service. An online service is never so well conceived as when it is shaped by the visitors who use it. It's up to the users to shape a platform and not the other way around.

Who says MVP says flexibility. The development process must echo the ability to change many variables, features during the evolution of the project. The traditional format of the well-defined specifications or hiring for specific needs may be obstacles to creativity and the process of change that must accompany a digital project throughout the first few months.

We must be prepared to question everything, the new economy is made like that. It is better if you surround yourself with people sharing this philosophy. Whether motivated associates or agile subcontractors, the choice of partners for the technical part is essential.

How to measure the viability ?

It is not necessary to create complex Excel tables for measuring your offer’s potential, It can be enough to look at some relevant indicators, as long as you choose the right ones !


When launching a project, there are 4 ways to measure potential users involvement :

1. The user expresses his interest

- Positive answers in an online form

- Votes in a startup contest

Validates that the product solves a problem, the existence of a need or simply the sharing of values, community traits or affinity for the founders, but as Sartre says "an emotion is a transformation of the world" .

2. The user makes a real effort

- Subscribing to a newsletter

- Movement during an event

- Recommendation to friends (Sponsorship or sharing on social networks)

Validates the relevance of the problem raised, the existence of a potential desire or need and the credibility of the offer.

3. The user uses the service

- Average time spent on the website or application (mobile, desktop or SaaS)

Validates the existence of a real desire or need, the relevance of the service provided with regard to this need (User experience in particular)

4. The user makes a payment

Validates the existence of a real desire or major need and the total credibility of the offer.

Obviously, these results can confirm the potential of an offer on the sole condition that they are numerous or proportionally high compared to the number of visitors. Some events mustn’t be overestimated. The human being often tends to focus on an event reinforcing his idea rather than the other 10 that do not go in his direction. Also, the more visitors there are, the more the results analysis is relevant.


The special case of SSE projects (Social and Solidarity Economy)

In the case of projects that convey significant moral or community values, the analysis of the interest in the offer and the efforts made may skew the results. Indeed, many users can express their enthusiasm or make efforts for a project that shares their values. However, when it comes to spending time (use of the service) or money (payment for the service), the values ​​are less important than the real benefit from the service.
Also, to analyze the potential of a SSE project, is it recommended to focus mainly on the time spent, the activity of the user and of course the payments made? Crowdfunding is probably the best alternative for SSE projects since it allows to test and validate the concept in the most relevant way (user payment), without the need to build your own platform.

My experience as a Chief Marketing Officer at Boot-Start

Every day, I analyze and recommend strategies for launching innovative offers for clients of my company or products made internally. Following a year of work-study, I became involved with Boot-Start as the head of marketing operations. This company offered me an ideal breeding ground for experimenting with innovative marketing techniques. Boot-Start is an agency that builds prototypes and platforms for startups and companies looking to innovate, but it also has an R & D team of talented doctors and engineers that develop advanced solutions in intelligent data processing. These technologies are potentially applicable to a large number of activities and it is one of my roles to identify promising markets, then study them and, finally, to quickly test the potential of these internally developed offerings. The problems of Boot-Start’s clients echo this approach with the same priority: Validate the potential of new projects!

Faced with the challenges, I applied myself to try to model processes and techniques to optimize the rapid test of digital offers, this article is the first in a series that deals with the commercialization of innovative services more generally. These articles will be about my empirical lessons from my current position and startup projects, and will be inspired by diligent monitoring and interest for great writers.


Sorry to bother, but we do use cookies, to better know you, to better serve you, nothing more. By continuing to navigate through this site you accept us using them.